Disturbing the peace is a large category that encompasses many activities. It is the crime that is charged when you make too much noise. In a charge for disturbing the peace, you do not have to be intoxicated, and it may not be you that is taking the action that is disturbing. For example, if your dog is barking all night, in some jurisdictions that would be considered disturbing the peace and you could be cited.

Disturbing the peace? I got thrown out of a window! – from Beverly Hills Cop (Paramount)

Although it is worded differently depending on your jurisdiction, to prove a charge of disturbing the peace, the State must show that you 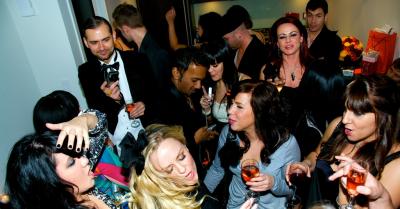 Why Is Being Loud a Crime?

Because we have these beliefs, we have made activities that bother us in these ways crimes. The most common crime to cover this is Disturbing the Peace.

What Are the Most Common Defenses to Disturbing the Peace?

Ironically, one of the most common defenses to a disturbing the peace charge is our First Amendment right to free speech. 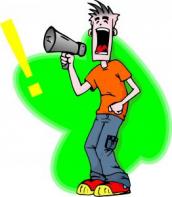 We all have a reasonable expectation of privacy and intimacy in our home and our surroundings. But under the first amendment people have a right to say things we don’t like. So in order to prove a charge of disorderly conduct, the State must show that the noise that was created was against the peace and dignity of its citizens. This means it must have been so offensive as to rise to the level of offensive conduct set forth by the Supreme Court. Types of speech that are not protected are

So if you were yelling and your comments fit into one of the categories above then the State may be able to convict you. But if you were shouting “Vote for Me” or “Watch Out” your speech may be protected and the State will be unable to prosecute you.

Obviously this defense does not apply to dogs barking or loud stereos.

Defense of Self or Others

If you are arrested for shouting at someone in the street, you may have a defense if the person attacked you or used “fighting words” to try to get you to respond in a defensive way. “Fighting words” are words meant to be derogatory to the extent that they trigger an immediate and violent response. The “N” word used to describe a person of African-American descent is the most widely-known fighting word.

This defense only works if you did not inititate the confrontation.

A Word About “House Parties”

House parties have become very common among today’s youth. If a house party is thrown, the owner of the house can be cited for disturbing the peace even if they were not present. This means parents, landlords, grandparents, even managing corporations can be charged with disturbing the peace!!

If you live in a jurisdiction that has strict liability laws for this offense then there is not much you can do. But if you do not, you may be able to convince the judge that you had no idea this was going on and therefore you did not intentionally engage in any conduct that was disruptive. However, if you have had complaints in the past that your child or tenant has been cited or if there have been other incidents, this defense will probably not work.

What Are the Penalties for Disturbing the Peace?

There are several methods law enforement typically uses for dealing with these incidents. 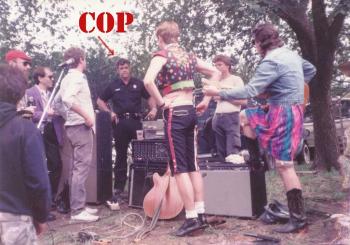 The most common penalty for disturbing the peace is not a penalty at all. Most of the time, the officer will come out and ask you to either turn down the radio, put the dog up, or in cases where you are outside shouting, the officer will instruct you to go home. If you do what the officer asks, that is usually the end of it.

If asking politely does not work, the officer may write you a citation or summons to appear in Court. In these cases the penalty is usually a fine.

In extreme cases a person may be taken to jail. In most cases the person arrested is released the next day. This gives the arrested person time to “cool off.” But disorderly conduct is a crime. So depending on your State’s law, you could serve 30, 60, 90 or even none year in jail if you are convicted.