Football season is here and millions of Indianapolis Colts fans are gearing up for another exciting Manning-less - and hopefully Luck-full - run for the playoffs, preferably beyond the first round this year. Hey, we get it. Being a Colts fan can drive anyone to drink. Before you leave the stadium or the viewing party, there are a few things you should know about the consequences of drinking and driving in Indiana. 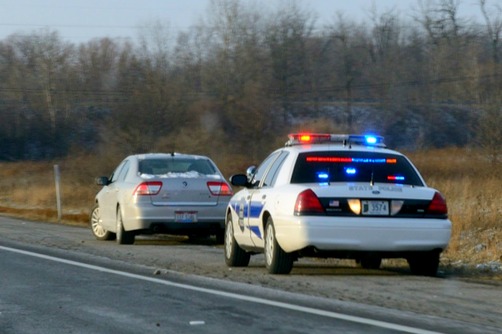 Indiana considers anything over a .08 BAC (blood alcohol content) to be worthy of a DUI – for most people, at least. If you’re a commercial driver, that number slips to .04; if you’re under the age of 21, the number is even less at .02.

The penalties in Indiana can be pretty stiff. The first time you’re busted for a DUI it’s a class C misdemeanor. Not a big deal, right? Think again. A Class C misdemeanor carries a potential sentence of 60 days in jail, a $500 fine, a two year license suspension and a potential two years of probation. If you’re caught with a BAC of .15 or higher, the penalties are even steeper: a year in jail and $5000 worth of fines.

In addition, you may be required to install an ignition interlock device. This crafty little tool is like a built-in breathalyzer and it won’t allow your vehicle to start unless you blow clean. Did we mention the installation of the device can cost upwards of $200 and the monthly rental fee can be half that?

Everyone makes mistakes; the important thing is not to make them again. A second Indiana DUI is even scarier. This carries a mandatory jail sentence of at least five days (and up to three years!), a fine up to $10000, a required minimum 180 day license suspension and another two years of probation. You’re now at a Class D felony. Yes. Felony.

Want to shoot for a third offense? It’ll cost you another Class D felony, a minimum ten days in jail (and another potential three years), another $10000, a full year license suspension and another two years of probation. If the judge decides you’re a habitual violator, the sky’s the limit for your penalties and fees. You can also be required to perform community service, be sent to substance abuse education (think rehab!) or even submit to random urine testing.

According to the MADD (Mothers Against Drunk Driving) website, Indiana has had 207 DUI fatalities in the most recent year. That number accounts for 28% of all traffic related deaths in the state. In the past five years, more than 1000 people have died as a result of drunk driving.

The NHTSA (National Highway Traffic Safety Administration) website claims that in 2010, one person died every 51 minutes from alcohol related crashes across the nation!

Drunk driving isn’t worth it. The commercials say “You will get caught!” and in Indiana, that’s a fact. Don’t risk your life, your freedom or the lives of others on the road. Remember: taxis may be expensive but they’re cheaper than a DUI.

Blurred Lines: The Difference Between Fun and Fatal
The Consequences of Drinking and Driving in the Military
An Overview of Drug Offenses in California
DUI Stop in California? Here’s What to Expect