Home » Blog » The Consequences of Drinking and Driving in the Military

The Consequences of Drinking and Driving in the Military

No matter who you are, getting behind the wheel after a few drinks is never a good idea. Drunk driving is dangerous, not to mention a serious problem with legal consequences that can affect you for the rest of your life. Enlisted members of the military are not exempt from these penalties either. In fact, the service can levy even more punishments for driving under the influence. 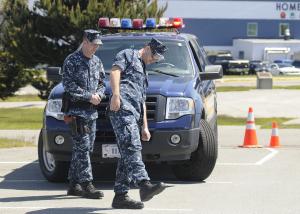 Drinking and driving in the service is a crime punishable by loss of rank or pay and the very real possibility of being forced to serve in restricted areas. This is in addition to the strict civilian penalties: loss of license, increased insurance premiums, heavy fines, and even jail time in certain cases. Legal fees for a DUI case can run upwards of $10,000. This alone is a great reason to avoid the situation in the first place.

Campaign to Curb the Problem

In recent years, the military has taken action to combat drunk driving by enlisted members. Since March of this year, the Navy has sent more than 13,000 breathalyzers to ships and shore stations all over the world. This should not be viewed as a punishment or a tool to “catch” service people in the act; rather, the use is non-disciplinary and intended to help find people who need help.

The campaign, “Keep What You’ve Earned,” as well as past campaigns, such as “The Right Spirit,” have seen immense success in combating this dangerous problem. Navy DUIs have dropped 35% since 2006 and alcohol-related incidents decreased by 26%. This is a huge step in the right direction.

Education is one of the keys to combating this problem. Civilian anti-drinking and driving campaigns have an effect on military personnel, and programs that instruct drivers about the dangers of having even a sip too much have been beneficial and help add to the already impressive numbers.

A DUI conviction while in the military is a big deal that can lead to significant problems that follow you for the rest of your career...and the rest of your life. It’s not worth the risk. Remember, you don’t have to feel drunk to get a DUI. If you’re going to drink, think ahead: take public transportation, call a cab, or have a designated driver. Don’t gamble with your career, livelihood, or life. You could jeopardize someone else’s if you do.

Have you been impacted by a DUI? What advice do you have for other enlisted members? Please share your experiences and advice – it may just save someone from making the same mistake.

Indiana Drunk Driving: Don't Get Sidelined
An Overview of Drug Offenses in California
DUI Stop in California? Here’s What to Expect
Blurred Lines: The Difference Between Fun and Fatal