Home » Blog » DUI Stop in California? Here’s What to Expect

DUI Stop in California? Here’s What to Expect

California! With all the beaches, nightlife, beautiful cities, and tourism, this state seems like it could be one of the laxest states in the nation. While California can definitely be easy going, one thing it is far from relaxed on is DUIs. With Fresno, California being in the news for the strict consequences that the city has for DUIs, it brings up a few questions. What exactly happens during a DUI stop in California? What are the consequences? We're going to address these very questions right now! 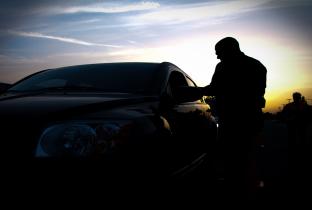 In Fresno alone, there are 94 checkpoints for drunk driving! The state of California has many more. With over 200,000 DUI arrests a year, California has proven itself to be one of the toughest states on those that drive under the influence. If you are pulled over by an officer who suspects that you are under the influence, there are a few things you can expect, testing chief among them.

First, the officer will most likely assess the situation. If the officer does suspect you are under the influence, he/she will look for signs (slurred speech, glazed eyes, smell of alcohol on breath). If the officer still thinks that you are under the influence, the officer will ask you to step out of your vehicle and undergo “field sobriety tests.” According to The California Highway Patrol, anyone granted the driving privilege is presumed to have given consent to law enforcement to conduct chemical testing of the motorist’s blood or breath.”

A word of warning, refusing to take a blood, urine, or breath test in California has a minimum penalty of license suspension for at least one year. This is due to California’s implied consent law. Just because you refuse the test does not mean that you cannot be convicted by law. Be sure to consult an experienced California DUI defense attorney if you are pulled over and tested.

With hundreds of checkpoints in California, it is very important that one knows what to expect during a DUI stop. How will you ensure that you are not stopped for suspicion of driving under the influence?

The Consequences of Drinking and Driving in the Military
Blurred Lines: The Difference Between Fun and Fatal
An Overview of Drug Offenses in California
Indiana Drunk Driving: Don't Get Sidelined