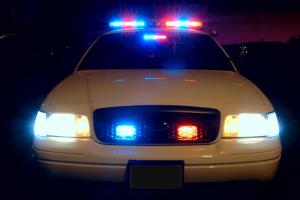 Fresno, California has everything a young person could want: there is plenty of warm weather, tons of busy bars, and a plethora of vibrant people to socialize with. However, as USA Today states, “Fresno may be the toughest city in the nation on drunken drivers.”
Losing your license, spending thousands of dollars on an attorney, and having a black mark on your record are all things that are far from fun. No one wants to spend hours in a courtroom or deal with serious penalties.
Yet, if you are convicted of a DUI, these things become reality. Fresno is one city that is cracking down on drunk driving. With numerous checkpoints, ready officers, and plenty of bars and nightclubs in the town, being aware of your alcohol intake is nothing short of a necessity.
With multiple checkpoints, this city is aware of the dangers that drunk driving causes and is leading an effective effort to curtail the practice. Indeed, Fresno is now being used as a model city for other towns to base their DUI crackdown on, as it is already seeing positive results.

The Stats on DUIs in Fresno

In a city of 461,000 people, keeping checkpoints is no easy feat for officers. However, when authorities realized that there are more people killed in Fresno in automobile accidents than homicides, they realized that there was no other option than checkpoints. With 94 checkpoints, this makes the most checkpoints a city has in the United States.
To add to the strictness that Fresno has created to curb DUIs, they have also began monitoring repeat DUI offenders. With a GPS attached to the arms of repeat offenders, it will alert police any time the offender enters into a bar. The GPS trackers are not the only new things reported, but The Fresno Bee reports that during a recent checkpoint sting, 36 cars were impounded for drunk driving-related infractions. There is a reason that Fresno won the best impaired-driving program in the nation.

As one can see, DUI penalties are very harsh, and California has some of the strictest penalties in the nation. It is highly advised to speak to an attorney if you are accused of driving under the influence. With the help of an experienced Fresno-area defense attorney you can get quality legal advice and minimize the damage from some of the more stringent DUI laws in the county,
With the information from this article, how will you guard yourself from facing DUI penalties in Fresno, California?