If you have been charged with a criminal offense in the state of Michigan, you need to hire an experienced criminal lawyer as soon as possible. State criminal law is amazingly complex, so it takes a lawyer skilled at the trade to get the best results for clients. Criminal defendants need a lawyer who can tell their side of the story to the judge and jury. It is best to hire an attorney with experience because your freedom hangs in the balance.

An experienced Michigan lawyer will be able to use thier years of experience to provide you with a zealous defense. Contact one of our criminal lawyers in Michigan today for a free initial consultation. There is nothing to lose and everything to gain. 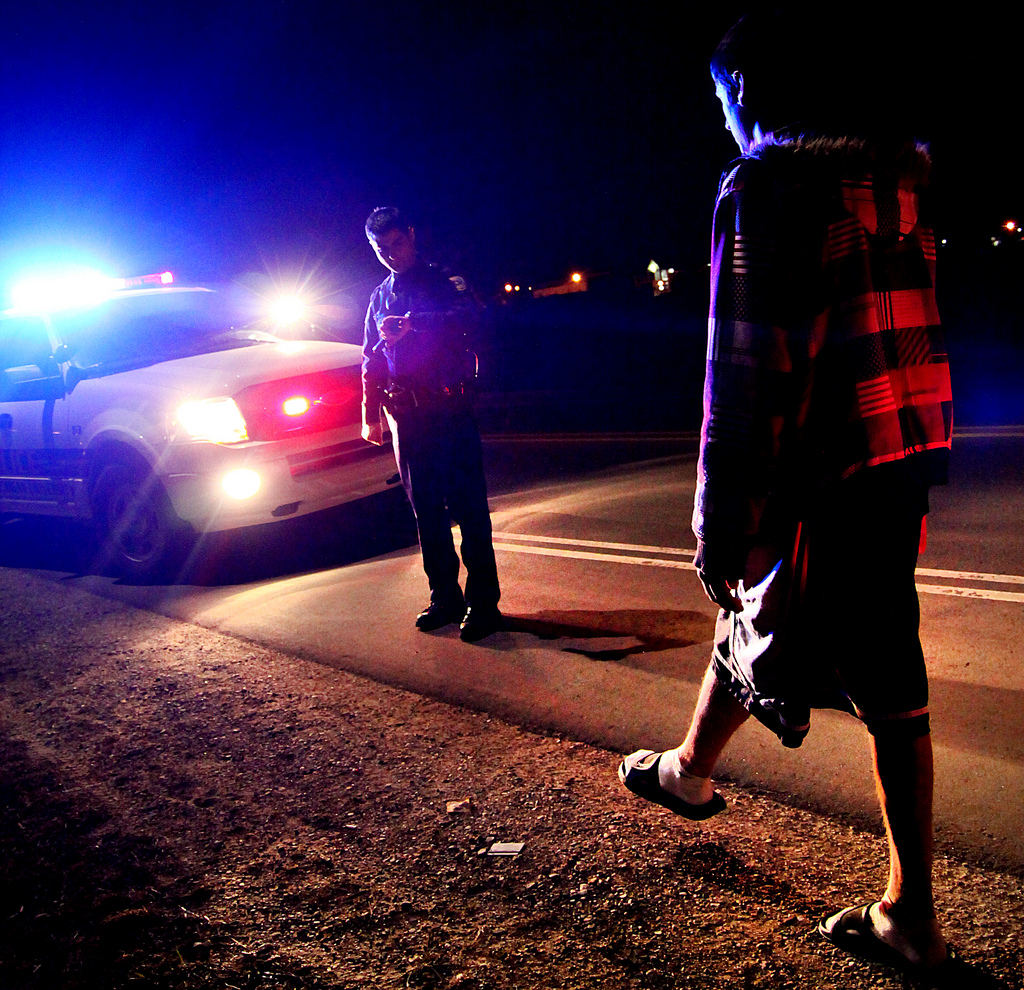 Michigan courts are increasingly handing out severe punishments for driving under the influence (DUI). These convictions often become permanent records, potentially creating an issue for people trying to find a job, rent an apartment or obtain credit. If convicted of a DUI, you can spend time in jail, causing you to lose that much-needed job and your family could suffer from the loss of income. Do not become a victim of the system. If you have been charged with a DUI in Michigan, call an experienced criminal lawyer today.

Challenging a drug or DUI charge requires an attorney who can cite similar precedent cases in which judges granted leniency, to request probation or dismissal in your case. These lawyers can help keep you out of jail. An experienced criminal lawyer leaves nothing to chance. If the police officer who conducted the traffic stop did not follow proper procedure, that fact could result in a dismissal. An experienced criminal lawyer, who will provide a more than adequate defense in your case, is essential.

Many people in jail today might not be there if they had used the services of a professional criminal lawyer specializing in all areas of criminal law. Do not gamble with your freedom. Hire the best criminal lawyer in Michigan for your Michigan DUI, drug, domestic violence or white-collar crime case. Contact one of our trusted attorneys now to receive the quality legal advice you expect and deserve.

Are You Being Charged with a Crime in Michigan?

The possibility of any criminal conviction is unnerving and, depending on the charges against you, the conviction can result in punishment that includes a substantial fine – and even loss of your freedom. When it comes to a criminal record, even seemingly minor crimes can have a long-lasting negative impact. Fines, jail time, and a lifelong criminal record are just a few of the many reasons why, when charged with a crime in Michigan, it is in your best interest to speak with a Michigan criminal defense attorney.

Michigan divides all crimes into two broad categories based on the potential punishment for each. Misdemeanors are less serious crimes and, whereas most states differentiate among a number of misdemeanor classes, Michigan uses just the one broad designation. Therefore, although certain misdemeanors may call for different maximum sentences, the general rule is that a misdemeanor is punishable by up to one year in county jail and a maximum fine of $1,000.

As do most states, Michigan criminal laws rank felonies as more serious crimes. Like misdemeanors, different felonies have different maximum penalties, all of which are stated in the specific statute of the Michigan Penal Code. In general, however, a felony conviction can garner a prison sentence ranging from two years to life.

The Michigan Penal Code, part of the State of Michigan statutes, specifies the exact actions that constitute each offense and the specific punishments to be levied upon conviction. It is important that, in order to mount an effective defense to your charges, you or your representative fully understand the relevant statutes. Engage an experienced criminal lawyer to assure yourself of your pending criminal

If you do not know, or understand, the criminal charges against you, it is imperative that you speak with a Michigan criminal defense attorney who has experience with the laws of Michigan because it is impossible to build an adequate defense without a full understanding of Michigan’s Penal Code and the criminal justice system in the state. At Criminal Lawyer, we understand that some basic information about this system can help, so if you have questions about specific crimes or any of the many offenses covered under Michigan law, contact

The Michigan Penal Code contains several separate statutes dealing with assault and battery, and the penalties cover a broad range of severity and harshness. As is the case in many states, the least serious crime in Michigan is known as simple assault.

Michigan defines simple assault as an attempt or threat to inflict injury on another human being. When an assault charge is based on the threat of injury, the victim must have felt threatened with impending violence. That means the actor was capable of committing the injury soon after making the threat. Simple battery – actually causing an injury or a harmful or offensive contact (which is broad enough to include offensive touching that doesn’t cause physical pain) falls under the same statute.

Simple assault and simple battery are misdemeanors in Michigan. The maximum punishment is 93 days in county jail and/or a fine of $500. As in many states, Michigan law allows a judge to impose probation for a longer sentence than actual incarceration instead of a jail term.

Aggravated assault and battery can be charged if the act results in serious injury. Although this charge is still a misdemeanor in Michigan, the possible jail sentence and fine are more substantial. Aggravated assault is punishable by incarceration for up to one year and/or a fine of $1,000.

In each instance, if the offense is to be charged as a felony, the defendant must have had reason to know the victim’s status at the time the assault and battery was committed.

What many states have come to call theft is still referred to as larceny in the Michigan criminal code. The Michigan Penal Code specifically prohibits stealing property from another person. Property can be tangible goods, money, a book of accounts, a bank note, scrap metal, or any of a number of other things of value. The statute even specifies that stealing public records is committing larceny.

Michigan classifies the severity of a larceny charge based on the value of the property stolen. Therefore, stealing property of greater value is likely to result in a harsher sentence. Larceny of property under $1,000 is a misdemeanor with a possible punishment of up to one year in jail and/or a fine of either $2,000 or – at the discretion of the judge – three times the value of the property stolen. If the property was taken from a retail store and valued under $200, then the jail sentence cannot be more than 93 days.

An individual who commits serious larceny, involving stolen property worth more than $1,000, will be charged with a felony based on one of two distinct felony charges. The first covers theft of property valued between $1,000 and $20,000, and it is punishable by not more than five years in state prison and/or a fine of not more than $10,000 – or three times the value of the taken property.

The second felony charge is brought if the stolen property was valued above $20,000. In this instance, the maximum punishment is 10 years in state prison and/or a fine as high as $15,000 – or three times the value of the property stolen.

In any state, murder charges can be confusing because, in everyday life, we use the terms “murder” and “homicide” interchangeably. In criminal law, however, the two terms have different meanings. Homicide refers to the taking of the life of another human being, even if you didn’t mean to injure anyone. Murder, on the other hand, requires specific intent. That means the actor had an outcome in mind. Intent can be determined from the actor’s words, prior planning, and an array of other circumstances.

Michigan recognizes two separate murder charges. First-degree murder is the more serious and egregious crime and, therefore, it has a more severe punishment. These three separate sets of circumstances equate to first-degree murder:

In all other instances, murder is charged at the second-degree level. Second-degree murder, while not premeditated or preplanned, requires that the actor acted with the intention to kill or in a manner likely to cause death. The Michigan statute refers to the latter offense as a depraved indifference to human life.

First-degree murder is punishable by life in prison without the possibility of parole, which is the harshest punishment imposed in Michigan, which no longer has capital punishment. Second-degree murder can also be punished by life in prison but, in such cases, the judge can allow for the possibility of parole during the sentence.

First-degree CSC, the most serious offense, addresses the most heinous conduct and is a felony. Conduct that rises to the level of first-degree criminal sexual conduct – and punishable by life in state prison – is unlawful sexual penetration involving:

Third-degree CSC is also a felony punishable by a maximum term of 15 years in state prison. Conduct considered as a third-degree criminal sexual offense is the unlawful sexual penetration of a victim between the ages of 13 and 15 (sexual conduct with a child below this age falls under a more severe statute), sexual penetration by force or coercion, or sexual penetration when the victim is incapacitated.

In Michigan, what many states call driving under the influence is titled operating while intoxicated (OWI). You can be charged with this offense for operating a motor vehicle with a blood alcohol concentration (BAC) of 0.08% or higher or while under the influence of a controlled substance.

If you are operating a commercial vehicle, it is considered an OWI offense to operate the vehicle with a BAC of 0.04% or higher. Further, for those under the age of 21, Michigan enforces a zero-tolerance policy.

Potential criminal punishments for OWI vary depending on whether or not the defendant has any prior OWI convictions within seven years of the current OWI conviction, and are as follows:

The lawyers who comprise Criminal Lawyer are prepared to defend a variety of crimes in Michigan, and our experience is not limited to the most common crimes in the state. Rather, our expertise extends to include defense of federal crimes and appellate level defense. Whether you are seeking a lawyer for defense against violent crimes in Michigan such as murder or a less severe misdemeanor such as possession of a controlled substance, we can help.

A criminal attorney in Michigan is the partner you need when it comes to building a successful defense against criminal charges. In Michigan, the consequences of a criminal conviction are steep and involve not only the punishments stated by law but a number of unwritten aftereffects. Our lawyers will build a strong defense with all of these consequences in mind.

At the Criminal Lawyer, our Michigan crime attorneys believe every individual is entitled to a complete and strategic defense against their criminal charges. Our lawyers take the potential effects on your future seriously and fight for the best possible outcome for your case. Irrespective of the severity of the offense with which you are charged, the lawyers at the Criminal Lawyer will be thoroughly dedicated to and focused on your case from the moment of arrest through conclusion.

Looking for the best law firms in Michigan? Start your search here.

[Disclaimer - this is not legal advice.]