Home » Learn About Criminal Offenses » Violation of Probation » Understanding Probation: What It Is and How it Works

Understanding Probation: What It Is and How it Works

Also known as . . . “Just what exactly did I get myself into anyway?”

Probation is a sentence imposed by the court as an alternative to jail. As part of a probation sentence, an offender is released home, an approved residence, half way house or residential treatment facility. In return for the offender’s release, the offender agrees to abide by certain rules and follow specific guidlines. These restrictions are known as the offender's “conditions of probation.” The conditions are tailored to each person according to the crime charged. These are the most common conditions of probation: 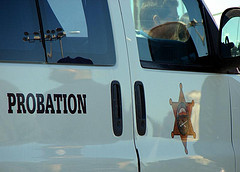 If you break a state law, you can be placed on probation. Probation is available for both felony and misdemeanor offenses in all 50 states. Probation is usually used as the sole punishment for first time offenses or crimes that are not very serious. It is also used in conjunction with jail sentences for supervising people who have to pay restitution or for monitoring serious offenders who have strict conditions for their transition from jail to regular life. 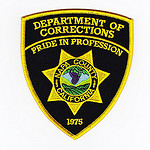 If you are placed on misdemeanor probation for violating a state crime, you will most likely be supervised by the county’s probation office or a contractor for the county. The maximum probation sentence for a misdemeanor crime is usually one year. For some offenses it is only six months.

Misdemeanor probation is usually not able to be transferred. But there are procedures in place to allow a person to move out of the county or state. A common alternative is called “mail-in probation.” Mail in probation allows a person to report to a probation officer by mail instead of in person. Just because you are on mail in probation does not mean that you can not be violated. Any change in your address or place of residence must be allowed for, and approved, by the court.

The U.S. Probation and Pretrial Services System supervises probation at the federal level. This is true whether you are placed on felony or misdemeanor probation.

Federal Probation Officers are divided into two different systems The Pre-Sentence Investigation Units who conduct investigations into the background of defendants convicted of federal crimes and submit a sentencing recommendation to the presiding judge; and the Supervision Units who supervise individuals sentenced to probation. Supervision Officers also perform duties connected with federal parole.

The Supervision officers are given discretion in their supervision of their offenders. More so than those who are supervised by the Department of Corrections. This does not mean that probation in the federal system is easier. It just means that the probation officers may be able to give you a bit more leeway if you do something wrong. For example, if you have a positive drug test they may be able to let one slide in the Federal system whereas in the State system you would be violated. But even the Federal Supervision officers will uphold the law and violate you if you do not follow all the rules of your release.

If you are a violent felony offender, the supervision will be even more intense. There will be extra conditions that you will need to comply with. The additional conditions that are usually imposed are