Under the Bill of Rights any areas of the law not expressly reserved or given to the federal government are reserved to the States or the people. The founding fathers of our nation believed that the local government was in the best position to protect and provide for its own citizens.

Nothing is more devastating to a community than out-of-control crime. – Alan Autry

Today the states enact several criminal laws to protect the local communities and their interests. Some of these laws mirror their federal counterparts. But others are tailored to the state’s specific interests. For example, states such as Texas and Florida have criminal laws enacted to protect livestock because of the number of state residents that own farms. But similar laws would not be necessary in places such as Hawaii or Alaska.

How Does the State Start Their Case? 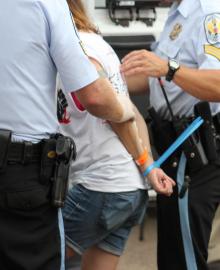 All of us are familiar with what an arrest is. We have seen it on TV, if not in person. It is where a law enforcement officer handcuffs an individual and takes them to jail.

If an officer does not have an opportunity to arrest a person, or if they are not sure whether they should arrest a person, then they fill out a report for review by the State Attorney or District Attorney. The attorney reviews the report. If they determine that the individual should be arrested, they send a request to the court to issue a warrant for the person’s arrest. This warrant is usually accompanied by a formal charging document such as an information or indictment.

An arrest warrant can also be issued as the result of a criminal investigation. When detectives do undercover operations, or investigate crimes where the identity of the suspect is learned later, they fill out a sworn affidavit that they feel an individual has committee a crime. They forward this sworn statement to the judge. If the judge agrees with the officer, the judge will sign a warrant for the arrest.

An indictment at the state level is similar to that of a federal indictment. Just like the juries that are used in a trial, the grand jury is empanelled to hear the evidence that the state has against the individual. But instead of determining guilt or innocence, the grand jury determines if there is enough evidence to charge a person with a crime. If they decide that there is enough evidence then an indictment is entered and a warrant is issued for the person’s arrest. If they do not indict then no warrant is issued as no charges are brought.

A summons is a notice from the court that you need to appear and answer to a charge. It avoids the need to put the person in jail in order to start the criminal case. As long as you appear in court on the date indicated by the summons you will not be arrested for the crime. A summons is usually the document issued in misdemeanor cases.

A citation is the same as a ticket. A citation charges you with a traffic crime or a petit crime. Such as loitering or littering. A citation signed by an officer starts a criminal case the same way an information signed by a state attorney or district attorney does. The citation must have all of your personal information, the crime charged and must give you a date to appear in court to be valid. It must also be sworn to and signed by the officer issuing you the citation.

Any of these actions on behalf of the state government can open a criminal case against you. Once the state files the charges against you, you proceed through the criminal process. 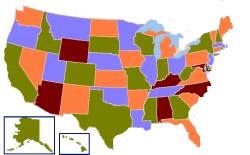 The process that a case follows in the State system is very similar to that of a case in the Federal system. This is because most of the process in a criminal case is guaranteed by the safeguards found in the Constitution of the United States. States may grant you more rights than those found at the Federal level, but they may not take any rights away. This means that the stages in a state case almost directly mirror those of its federal counterparts.

The stages of a criminal case that occur after you are arrested or charged with a crime are as follows.

The purpose of first appearance is to determine if there was Probable Cause for your arrest and then to set a reasonable Bond amount if necessary.

Probable Cause means that there is a rational reason to believe that you committed a crime, or a justifiable belief that the facts alleged when viewed in the light of a reasonable and prudent person are true.

A reasonable Bond is a monetary amount set to ensure a person’s appearance in court in light of the charges and the individual’s circumstances.

Many factors are considered when determining bond:

Note that there is a presumption that, when warranted, a person shall be released without posting any monetary bond at all.

Determination of Entitlement to Counsel 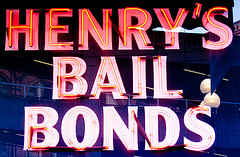 If the individual is able to post the bond as needed then they are released from the jail. The person can post all of the bond themselves in cash. If you post a cash bond, the bond will be refunded to you so long as you do not fail to appear to court.

If the bond is too much for the defendant to post with the money they have or through a bondsman, then the defendant can request a bond hearing.

An adversarial preliminary hearing is similar to a mini trial. The purpose of the hearing is to force the witnesses against you to show up and state under oath reasons you should be charged with a crime. Sometimes as a result of these hearings the charges are dropped. If not, then the attorney has a sworn statement on the record to use in helping to prepare your case.

If you cannot afford the bond set for you at your first appearance, your attorney may ask for a bond hearing. A bond hearing is a time set in front of the judge to present additional factors as to why your bond should be set to an amount you can post. The main purpose is to ask the judge to let you out of jail under circumstances that you can afford. Sometimes the judge will agree and let you out. Other times they will not agree and your bond will remain the same.

If you have a bad record or multiple charges the state may set a bond hearing to have your bond increased or even revoked. This is especially true in violent crimes where the State feels that you will be a danger to the victim or to witnesses. So while your bond can go down at a bond hearing it can also go up if you are not careful.

At your arraignment the judge will inform you of the charges the state has filed against you. You will then be given an opportunity to plea “guilty” or “not guilty.” 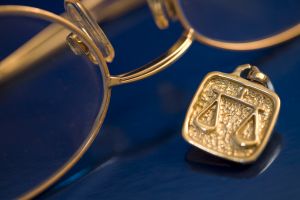 After your arraignment, your attorney will request discovery. Discovery is the name given to the process by which the attorney receives copies of all of the evidence that the State intends to use against you. The State may also request discovery from you, such as the names of witnesses or identity of your alibi.

This is a status date that occurs after the attorneys receive discovery. At this date pre-trial motions are filed and deadlines are set. This is also where the trial date is determined. Sometimes a defendant will enter a plea at this time. But in all cases this serves as a control date to make sure the case progresses through the system.

If you go to trial you elect to have a jury determine if you are innocent or guilty. The steps are as follows:

If the verdict is 'Not Guilty,' you go free, and if it is 'Guilty', then you proceed to sentencing.

If you enter a plea or are found guilty of a crime, then it is up to the judge to pronounce sentence. A sentence is your punishment. For the more minor crimes sentencing is immediate. For the more serious crimes there is a sentencing hearing.

The sentence can be a fine, probation, jail or a combination of these depending on the charge.

The laws vary from state to state in every area of the law. Although the overall process is the same in all states, each one has a slightly different time frame and procedure for each stage. It is important if you are arrested to find an attorney who practices in your state so that you can take advantage of every opportunity available.