Drugs, alcohol and ego. They are a bad mix. - Don Dokken

For the state to prove the offense of public intoxication they must show that you were intoxicated to such an extent that you affected those around you by disturbing the peace through actions or attempting to breach the peace by challenging others to fight. The following scenarios are some of the most common for public intoxication arrests:

Many people choose not to fight a disorderly intoxication crime. Sometimes it is because the penalty is so minimal that they fell it is not worth it. Other times it is because they were so drunk they can’t remember enough of what happened in order to provide enough information for a defense. However there are defenses available. Some of these include 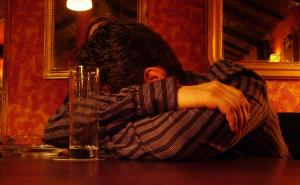 In most cases of public intoxication, the officer takes the person to jail, allows them to “sleep it off” and then releases the individual in the morning. Sometimes at that point the case is considered closed. In other places a person is written a ticket or formally charged with the crime and they must either enter a plea or proceed to trial. In cases where a person is found guilty of public intoxication or enters a plea, the following sentences are possible:

Some jurisdictions have alternative programs where if you complete certain conditions they will dismiss the charge all together. But the conditions for those programs vary from place to place. Others treat a public intoxication crime as a mental illness or Marchment Act offense and will take a person to a detoxification facility or hospital instead of a jail.

No matter what type of alcohol offense you encounter, you should always inquire as to whether or not a plea will affect your entry into school, financial aid, driver’s license or professional license before you enter a plea.