Possession of Alcohol by a Minor does not only apply to kids. It applies to anyone under the age of 21. In order to be convicted of possession of alcohol by a minor the State must show that you are under 21 and that you had physical control or possession over an alcoholic beverage. "Physical control” means that you had the ability to access the alcohol immediately. You can not get out of a possession of alcohol charge by setting the can down on the ground and saying that you are not “holding” or “possessing” it. That does not work. You are capable of picking it back up off of the ground. So you have physical control over the alcohol.

Why Is this a Crime? 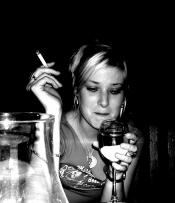 The idea is to regulate alcohol consumption until a person is emotionally able to deal with the changes in behavior that can be brought about by consuming alcohol. It is non secret that alcohol can make you feel happy, sad, angry or depressed. It helps nervous people feel calm and calm people feel more excited. People lose their inhibitions and are more likely to engage in activities that they wouldn’t do sober. So the idea is to have a person wait to deal with all of this pressure until they are old enough to deal with this in a responsible manner. This is especially true with alcohol’s link to sexual activity.

Statistics and the Cost of Underage Drinking

Underage drinking in the United States is seen as a social problem. Studies show that we, as a society, pay almost $62 Billion dollars a year treating the problems brought about by underage drinking. This cost is spread between medical costs, for symptoms such as

Because of this underage drinking is seen as a social problem in need of regulation. The way the states have chosen to regulate it is to make it a crime.

This is a very common question. It seems absurd that we can choose the leader of the free world while we are still in high school, but we can’t decide for ourselves if we can handle the effects of a beer.

The answer lies in War, Politics and the Constitution.

During the era of the Vietnam War, a man could be drafted to fight at the age of 18 but he could not vote for the president that would send him to war in all of the 50 states. At that time, some states had a voting age of 21 or older. So in 1971 the Twenty-Sixth Amendment was passed to ensure that the voting age could not be over 18 to protect the rights of those men who were being drafted for war.

In 1984, or 13 years later, studies by the Department of Transportation showed that there was a link between underage drinking and highway accidents (among other social ills such as suicide, alcohol dependency, death and other problems discussed above). In response, Congress told the states to raise the drinking age to 21 or lose their highway funding. So the states raised the drinking age to 21.

So while there is a Constitutional protection for us as citizens to vote at 18, there is no such protection as to our right to drink at a certain age. So the voting age is 18 and the drinking age is 21. But if some states would have their way, the age for both would be 21.

What Happens to Me if I Am Found Guilty of Drinking Underage?

Possession of Alcohol by a Minor is an interesting crime. The States find the offense terrible enough to make it a criminal act. But when it comes to sentencing an offender the penalties are often pretty light. The penalty may depend on the offender’s age.

Defenses to Possession of Alcohol by a Minor

With Someone Over the Age of 21 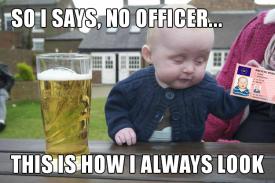 If you are with a person who is of the legal age you may have a defense. This defense will only be valid ifYou were not drinking. If you are drunk, having someone of age with you will not help. The alcohol was not in your immediate possession. If it was in a car or on a towel or on the ground near you and the person who is of legal age you may have a defense. If you are holding it you do not.

If the alcohol is not open. If you are in a car or at a table and there is an unopened container of alcohol you may have a defense. If you are holding it you do not. Since the spirit of the law is to keep minors for drinking, some jurisdictions hold that if the bottle isn’t open there is non way it could be consumed. This keeps kids from being cited if they are carrying in the groceries for a parent from the car.

The person who is over 21 truthfully testifies that the alcohol belonged to them and that it was not yours and you did not consume it.

Consent of Parent or Guardian

Of the 50 states, 29 have an exception to the rule if you are in a private place (such as your home) and your parents have given you permission to drink. They are listed in the chart below. In 11 states, you may drink in public if your parent is present and says it is OK. If you are a parent or guardian, you should check to make sure what your state allows.

Constructive possession means that you are physically close to the alcohol and you have the ability to access the alcohol, but so does at least one other person. A constructive possession defense means that you are claiming that every person had the ability to access the same container of alcohol, so the State can not prove beyond a reasonable doubt that any one person did.

If all of you are under the age of 21 and all of you exhibit signs of being under the influence this defense will not work. But if one person is clearly drunk but others are not then this defense may be available.

What if I Attend a Party Where Alcohol Is Served but I Am NOT Drinking?

There are several laws on the books today that deal with house parties. The ability of you to be criminally charged depends on your particular state’s laws.

So it all depends on where you live...

Exceptions to the Rules

There are some states that have legal exceptions to the crime of possession of alcohol by a minor. The exceptions and the states that recognize them are listed in the chart below.