An open container charge is usually a local ordinance meant to keep people from drinking in public and causing a scene. To prove an Open Container offense the State must show that you were in possession of an open container, such as a cup, bottle or can, that held an alcoholic beverage.

Depending on the jurisdiction you must also show that you were actually drinking or consuming the alcohol in a public place. But in some places it is enough that it is an open container. This means in some places you can be arrested for taking the bottle of wine you ordered at dinner out to your car.

In almost all states and all counties, the open container law is used to curb public drinking by the homeless and to investigate allegations of underage drinking. It is also used to enforce regulations that are in place to keep bars with open areas from affecting people passing by. 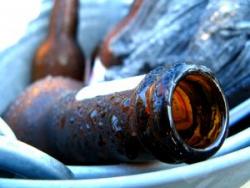 The most common penalty for an open container charge is a fine. It is usually in the amount of $50 or $100.

Some judges will also ask for a person to complete public service hours. The amount of service hours required are usually minimal, such as 10 or 15.

If your particular area lists open container as a criminal offense then a jail term could be possible. Usually it is just an overnight sentence. But depending on the local law it could be punishable by up to 30, 60 or even none year in a county jail.

If the open container is possessed by a minor then there are additional considerations and penalties such as a driver’s license suspension and mandatory alcohol education. 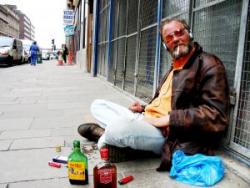 Some towns that have a large tourist population or that have “ritzy” areas use the open container charges as a way to deter the poor and homeless from occupying the area. In these jurisdictions a person can be put in jail for possessing an open container of alcohol. There are complaints that a homeless person drinking a beer will be arrested or cited, while the homeowner drinking a martini will suffer no penalty at all.

The same holds true for the beach areas during times of spring break. The open container law can serve as a way to arrest people in a crowd before situations get out of control.

Law enforcement officers may also use the possibility of an open container charge as a basis to conduct a 'Terry' stop, or brief detention and pat down of an individual, to determine if they have drugs or weapons.

Despite these situations, in most jurisdictions open container laws have been upheld as constitutional and serving a public interest.