Misdemeanors, by definition, are crimes punishable by less than one year in jail. Misdemeanors are usually minor offenses such as jaywalking, driving without a license and petit theft. But they can also include charges that are more serious such as prostitution, battery or DUI.

Misdemeanor, n. An infraction of the law having less dignity than a felony and constituting no claim to admittance into the best criminal society. – Ambrose Bierce 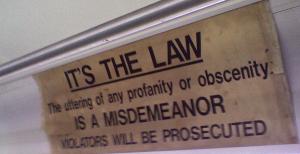 In some jurisdictions traffic offenses and county infractions are included as misdemeanors. This means if you get a ticket for littering or for not having a current car registration you can be charged with a misdemeanor. Other states have a separate court system for traffic offenses or ordinance violations.

Does a Misdemeanor Offense Require an Arrrest?

No. When a person is charged with a felony the state almost always insists on an arrest to start the criminal process. This is not true in misdemeanor cases. In a misdemeanor case there are three ways a case can be brought before the court: Arrest, Citation and Summons.

If you are arrested and taken to jail you will be entitled to a bond for your misdemeanor charge. If you are able to post the bond you will be released from the jail while your case is pending. If you cannot afford the bond you will have to wait in jail until your case is resolved. Most jurisdictions try to avoid arresting individuals for misdemeanors unless they feel the offender is a danger such as in cases of DUI or battery. This is because it is expensive to house a person in the jail and the most likely outcome for a sentence does not involve incarceration.

Most people are familiar with citations. A citation is the formal word for a ticket. In most states, an officer can write you a citation or a ticket for a misdemeanor offense the same way they write you a speeding ticket. This citation acts the same way as an arrest to start a criminal misdemeanor case. The citation will explain the charge and list a date for you to appear in court. If you are issued a citation you do not need to be taken to jail in order to start the process of your misdemeanor case.

When an officer is not sure whether or not to arrest someone for a misdemeanor or to write them a citation, they may fill out a report for the prosecutor to review. When the prosecutor reads the report and determines that they want to file a misdemeanor charge against you, the prosecutor asks the clerk to send a summons. A summons is a piece of paper generated by the court to start the misdemeanor process. A summons is served by a sheriff or process server to you at your home. It will list your charge and the date you are to be in court to answer the charge. As long as you show up on the listed date, you will not need to be arrested and brought to jail to start the case.

Penalties and Sentences for Misdemeanors

If I Am Convicted of a Misdemeanor Do I Lose My Civil Rights?

Although misdemeanor convictions do not result in the loss of civil rights, a conviction can still affect your job. Petit theft charges may disqualify you from certain types of jobs that involve handling money. Battery charges can prevent you from getting a nursing license. So while the charge itself does seem minor, there can be collateral consequences if you plea without speaking with an attorney.

Despite the fact most misdemeanor crimes are simple and carry no significant consequences, they are still crimes that appear on your record. Before you enter into any type of plea to a misdemeanor you should consult an attorney to make sure you do not inadvertently admit to a crime that can affect your career or background check in the future.