Driving Under the Influence (also known as DUI/DWI/OWI)

For such a simple offense, DUI is a very complicated crime. In its purest form DUI is the operation or physical control of a motor vehicle by a person at a time that the person’s abilities are impaired by alcohol (or a controlled substance).

There are several categories of DUI offenses. The most common are

Note that most people are charged with a simple or first time DUI. For purposes of this section we will deal with simple DUI because the elements of a simple DUI must be proven in all DUI cases. The Defenses and issues are also the same in many of the other types of DUI charges that can be brought. We will also focus on DUIs charged as a result of alcohol and not those that involve controlled substances or prescription drugs. A detailed outline of the other DUI crimes is included in the DUI section.

The basic elements to the crime of DUI are

It sounds simple enough. But to prove the charge of DUI the State actually has a very high burden. Each of those elements is very complicated and has a plausible defense.

Element #1 – Were You Driving?

In order for the State to even start a DUI prosecution, they must be able to show that you were driving the vehicle. The term “driving” sounds pretty simple. But it can actually be broken down into two different categories. These are “operating” and “physical control.”

What is “operating” a vehicle?

Operating a vehicle is what we think of as driving. It is the control you have over the vehicle as you make it go. It means steering a vehicle, making it go forward or backward, or hitting the brakes. When you start the car and pull out of the parking space you are “operating” the vehicle.

If you are actually operating the vehicle when you are pulled over for DUI, this first element is pretty easy for the State to prove.

What exactly is “physical control”?

The theory behind physical control is that an officer should not have to wait for a person to actually drive and endanger another person’s life before they make an arrest.

Some states take this to the extreme. In some states, if you are sleeping in the back seat and the keys are in the ignition that can be considered physical control. The reasoning is you can wake up at any time and start the car. But if the keys were in the trunk or the glove box, you would be OK because you would have to go through a series of steps in order to start the car. So it is not immediate.

Element #2 – Were You Under the Influence?

Contrary to popular belief, unless you are under the age of 21 it is not illegal to have a drink and drive. It is illegal to drink to the point where your abilities are impaired and drive.

When you drink, alcohol enters your bloodstream. As the amount of alcohol in your system increases, your physical abilities decrease. The rate at which your body processes the alcohol is different for each person. Some people can drink a lot and still function. Others have one drink and are practically falling out the door. So it is possible that two different people could drink the exact same thing but one person would have had a drink and now be driving while the other would be driving while they are impaired.

In order to prosecute those who are impaired the States have developed two different standards. These are the breath or blood alcohol standard and the “normal faculties” standard.

Element #3 – What Does it Mean to Be Impaired?

To be impaired means that you are not functioning at your normal level. The States have developed two separate ways to measure impairment: "Blood or breath alcohol" and "Normal faculties or abilities". 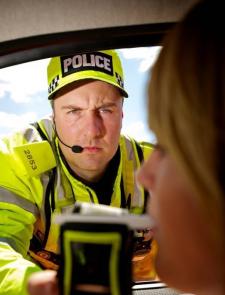 If there is no blood or breath alcohol test, the standard the state will have to meet is whether or not your normal faculties or normal abilities are impaired. “Normal faculties or abilities” is defined as, “To include but not limited to the ability to see, hear, walk, talk, judge distances, drive an automobile, make judgments, act in emergencies and, in general, to normally perform the many mental and physical acts of our daily lives.”

In cases where the State intends to proceed on this theory it is important to show that you were walking correctly, that you were speaking and answering questions correctly and that you were not swaying or exhibiting the symptoms that most people associate with being drunk.

There are certain circumstances that allow an officer to pull you over and investigate you for a DUI charge. If the officer did not follow the guidelines for stopping you to investigate your condition, your attorney may be able to file a motion to suppress. In the motion your attorney will allege that the officer made a mistake when he pulled you over. If you win, the case is dismissed. If you do not, the case proceeds to trial or you enter a plea. 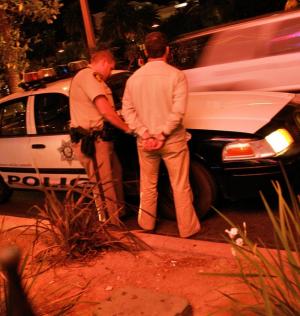 Challenging the Role in Vehicle Operation

This is the most litigated part of DUI cases.

In jurisdictions that offer breath testing as the primary means for measuring BAC, an attorney can challenge the officer’s decision to ask for a blood test. If blood testing is not mandatory there is certain criterion that must be met in order to request blood. This is because intruding into the human body is seen as the worst type of government intrusion. If the criterion is not met the blood sample may be suppressed.

If there is a valid reason for taking a blood sample, there are procedures in place for how the sample must be taken. These procedures ensure the accuracy of the result. if the procedure is not followed, this could be another reason to exclude the blood testing results.

There are strict circumstances for preservation of blood samples once they are taken and sent for testing. If the procedure is not followed it could be yet another reason to exclude the blood.

There are several challenges that arise when the Intoxilyzer is involved.

Alcohol affects different people in different ways. When your attorney challenges your impairment he will do it in one of two ways.

If your state follows a law that states you are impaired at a certain BAC, such as .08  or .10, your conviction is not automatic. This level creates a PRESUMPTION of impairment. This means, the jury is allowed to presume that if you have that much alcohol in your system you are impaired.

When challenging these cases the attorney will either challenge the machine’s result or try to rebut the presumption. This means the attorney will put on evidence that due to your drinking pattern, size or both, you are able to function normally with a BAC at that level and therefore you were not impaired.

The attorney will try to present that you were not speaking in a slurred tone, that you did not sway while standing, that you could walk, talk and drive in a normal way.

There are several other defenses that are available but these are the most common. In order to find all of the defenses available to you, you should contact an experienced defense attorney who specializes in DUI. 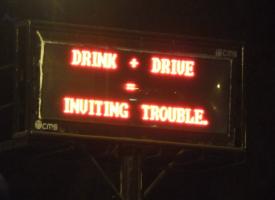 There are several mandatory penalties for a DUI conviction. The mandatory terms for all DUI sentences are

What Are Other Punishments for a First Time DUI Conviction?

The terms listed above are mandatory for all DUI offenses. But there are other punishments that you may receive as well. These are

Are There More Consequences I May Have to Face?

Yes. There are several other consequences that can arise as a result of a DUI charge. In addition to having a conviction on your record, you may have raised insurance rates. In addition you will have to purchase an SR22 policy. The rate increase for these two types of insurance can be $2000 a year.

If you work in the healthcare industry or hold a security license, you may lose your professional license. Other types of professions such as the bar association and teaching associations can put you on probation.

If you are not a U.S. Citizen a DUI may subject you to deportation proceedings. It doesn’t mean you will be deported but it may cause a proceeding to be held to determine your status.

Having a DUI does not seem like a big deal. But it may have more impact on your life than you think. Before you enter a plea to DUI make sure to consult with an experienced attorney.