There is a saying that the consumption of alcohol makes a person feel ten feet tall and bulletproof. There is no single place that this saying holds so much meaning than in the world of alcohol crimes.

Here's to alcohol: the cause of, and answer to, all of life's problems. - Homer Simpson

These crimes are misdemeanors in all jurisdictions unless you are a repeat offender. In some counties they are municipal or county infractions where the maximum penalty is a fine. In others a small jail sentence can be ordered. In rare cases a person may be sentenced to up to one year in the county jail for committing these crimes. If you are a repeat offender (3 or more offenses) your State may upgrade your charge to a felony. But this is rare.

Driving Under the Influence (DUI) 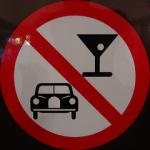 DUI is the most common alcohol crime. In order to find a person guilty of DUI the State must prove that a person

Some states use a blood or breath alcohol level as a guide for proving impairment. Other states rely solely on the roadside exercises. No matter which jurisdiction you are in, all states take DUI charges very seriously. A DUI in any jurisdiction can be punishable by jail time even for a first offense.

Remember Spring Break your first year of college where you and your friends went to some cheap hotel near the beach and drank beer out of the keg until you puked? Congratulations you were probably guilty of the crime of alcohol by a minor.

In every state the legal drinking age is 21. If you are under 21 and you are caught with alcohol, even if you are not drinking it, you are guilty of Possession of Alcohol by a Minor.

In almost every case and every state, possession of alcohol by a minor is a citable offense. This means the officer takes away the alcohol and gives you a ticket. The exception to this rule is during spring break in places such as Florida and Mardi Gras in New Orleans where there is a large influx of people in a small area for a relatively short period of time.

Public intoxication or disorderly conduct laws are catch all provisions used to arrest individuals who are extremely drunk in public. If you drink to the point where you are

These are not all of the criminal offenses related to alcohol that are currently in effect. But they are the most common. Although they are minor charges they can affect the ability of a person to obtain some types of professional licenses. In the case of DUI and possession of alcohol by a minor, it could affect your driver’s license. So it is important that you speak to an attorney before you enter a plea.