Federal crimes are those brought about by federal law. The federal laws are made by Congress and enforced by various agencies.

Although federal laws can be widely enforced, the federal government usually limits itself to enforcing crimes that cut across state lines, that occur on federal lands or Indian reservations, drug and drug trafficking crimes, crimes involving human trafficking, crimes involving banking or finance including bank robberies; and computer or cyber crimes.  Of course, in recent years it has also become common for the federal government to investigate crimes considered to be a threat to national security.

Who Has the Authority to Enforce Federal Laws? 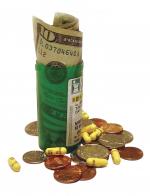 These are not the only agencies that make arrests but they are the most common. When these agencies investigate a crime or make an arrest, they prepare the paperwork and submit their findings to the Attorney General for presentation to the Grand Jury.

What Is the Purpose of a Grand Jury?

The purpose of the Grand jury is to determine if there is enough evidence to charge a person with a crime.
When a federal prosecutor wants to bring a charge, they recommend an Indictment. The indictment sets out the crimes with which the government wishes to charge the individual. The indictment is then sent to the Grand Jury for review.
A Grand Jury is a panel of people who are sworn to help investigate possible crimes. Unlike regular juries a Grand Jury does not determine if a person is innocent or guilty. They determine if there is enough evidence to file a charge against an individual. Grand Juries hear evidence just like a regular jury.

No person shall be held to answer for a capital, or otherwise infamous crime, unless on a presentment or indictment of a Grand Jury... – The Fifth Amendment of the Constitution

After the presentation of all the evidence the Grand jury goes back to deliberate. The jurors then decide whether there is reason to believe that a person has committed a crime. If they feel there is enough evidence to charge a person with a crime, they recommend endorsing the Bill of Indictment against the individual. This is sometimes referred to as a “True Bill.”
Note that there is no right to counsel during grand jury proceedings! This has been challenged as a violation of a person’s due process rights, but thus far the Supreme Court has ruled that there is no right to an attorney until after the indictment is issued.

What Is a Bill of Indictment?

The Bill of Indictment, referred to as an “indictment” in the legal system is the formal document that charges an individual with a crime. An indictment includes

Some indictments are only one count. Others have several counts and can consist of hundreds of pages. The length of the indictment depends on the crime or crimes charged and the complexity of the case. 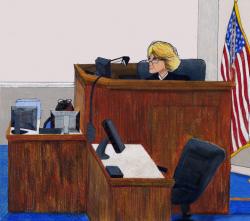 Although every case is different and the exact detail vary based on the charges, federal law enforcement follows well-defined procedures after an indictment has been returned by the grand jury. After the indictment an arrest warrant is issued unless the person has already been arrested. Following the arrest the process proceeds according to the following proceedures.

The initial court hearings with include motions to set the stage for the defense.

Once all of the motions have been made by both the prosecution and defense attorneys, the defendant may decide whether to enter a plea or proceed to trial.

In the federal system, there are guidelines as to what type of sentence you may receive. In addition to the minimum and maximum penalties allowed by statute, the government uses a “scoresheet” to rate the individual and get an idea of what type of sentence will be appropriate. All of the charges you have ever been convicted of get factored in on the scoresheet.
In addition to the scoresheet there are pretrial service officers that make recommendations to the judge as to what sentence they feel is appropriate. The pretrial service officers conduct a thorough check of the individual. They look into the individual’s background, family ties, physical and mental conditions and any other factors that may be relevant. The pretrial services officer then creates a report and forwards it to the judge.

At the sentencing, the judge hears from the prosecutor and the defense attorney. The defense attorney presents any mitigating factors as to why the individual should get the lightest sentence possible. The judge then weighs all of these factors and makes a determination. The judge then pronounces what he or she believes to be an appropriate sentence. The sentence may be anything from a small probation sentence to jail time in a federal prison.

Right to an Appeal

If you are found guilty or if your pre-trial motion is denied and it results in your entering a plea to the crime charged, you can appeal your case to a higher court. In an appeal, you allege that the court made some error in your case. You ask the higher court to reverse the error and either start your case over or fix the problem.
The federal system is very complex. There are thousands of cases that are heard every year. If you have been charged with a federal crime it is very important that you hire an attorney immediately to make sure all of your rights are recognized and protected.