This post is part 2 of a 4-part series featuring the unique stories of persons in recovery. Read more about their struggles and victories as they learn to live sober again. 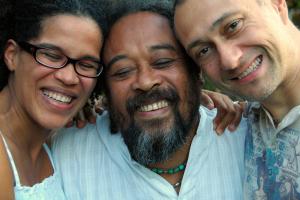 I grew up in a violent alcoholic home. I always felt different from other kids and deeply ashamed of the secrets I kept. I swore I’d never grow up to be an alcoholic.

In middle school, I drank to seem tough to my bullies and to forget how much I hated myself. In high school, I drank to fit in and to leave my body. In college, I drank because that’s what you do when you’re in college.
I was a daily drinker by the end of my junior year.
By my senior year, I had chronic bladder and kidney infections and I’d gained and lost 30 pounds a few times. I was ashamed of my behavior when drinking. I didn’t want to do speed or cheat on my boyfriend or have sex for drugs, but once I started drinking, I couldn’t help myself.
Then I drank to forget what I did when I was drinking.
After I graduated, I got a job waiting tables at a brewery. Without the structure of school, my life spun out-of-control quickly.
I decided that moving to California would fix me. I relocated to Hollywood, quit drinking and had a nervous breakdown. After 6 months dry, I moved back home and relapsed.
After 5 months of drinking, I was suicidal. I remembered an old friend of mine stayed sober for 9 months by doing a 12-step program. I had nothing left to lose so I picked up the phone. I could always kill myself later if it didn’t work.
It worked. I’ve been sober 14 years and hope I never have to know the pain and suffering of drinking again.

For me, getting sober required the willingness to live my life a completely different way than I was accustomed to and being humble enough to confess that I hadn’t a clue how to live my life without numbing myself on a daily basis.

This is what worked for me:
It was freeing to learn that alcoholism is a disease and once I took a drink, I lost the power of choice.
I learned that the first drink got me drunk, not the fifth, because my body doesn’t metabolize alcohol like non-alcoholics. The fact that I was allergic to alcohol lessened my guilt and shame immensely. The only thing I have control over is not taking that first drink.

Most people start drinking again by failing to enlarge their spiritual life through work and self-sacrifice. I’ve learned that I don’t get to keep it unless I give it away, so I sponsor.

I still go to meetings and try to live the principles of the steps everyday, but that doesn’t mean a drink doesn’t still sound good. Two of my favorite tricks for romanticizing drinking are:
Thinking the drink through snaps me back into the reality of drinking rather than the fantasy.
Everyday I make a promise to myself to stay sober until midnight. Tomorrow I could be drunk, that’s why I’m careful not to repeat things I hear in meetings like:
I wouldn’t be an alcoholic if any of these were true. Drinking is always an option, lifelong promises are more often thrown out than held onto, and I drink no matter what, not vice versa.
I think it’s natural to get a few years sober and get complacent. I have at times and I’m grateful I’ve stayed sober. For me, it’s much more important to count the days rather than the years, and remember that the length between drinks doesn’t safeguard me from relapse.
If I’m willing to remain teachable, honest and open, I’ve got as good of a shot at staying sober as anyone else.
Courtney Rundell is a freelance blogger for WebMD, the International Bipolar Foundation, and the North Hollywood Patch. She speaks all over California about thriving with alcoholism, bipolar and PTSD. She lives in Los Angeles with her husband, two amazing dogs and bouncing baby boy. Her personal website can be found at BeePea.com.